My mother, the Chimera

During grad school, I was amazed to hear that the color of hair on your body is controlled by only one gene.  Hence, each person should only have one color of hair everywhere on their body.  I wanted to ask:  why does my mother have two colors of hair on her body (or as the slang goes, the carpeting does not match the drapes)?  But I did not, at that time, have her permission to discuss this phenomenon.  Now I have her approval.   I have always wondered what the doctor doing her annual exams thought:  hmmm, she seems to be a natural redhead, I wonder why she keeps dyeing her hair on top brown. 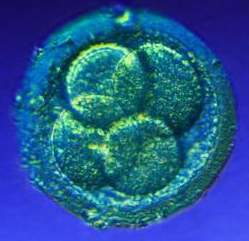 Human zygote at the 4 cell stage.

Later I stumbled across a paper discussing the ideas of  chimeras in humans.1   Here I first read how an individual can come to be made up of more than one type of DNA.  The classical view is that each person is made up of one individual type of DNA which should be as unique as their fingerprint.  Hypothetically, if two fertilized eggs (zygotes) fuse together while in the womb and then merged together completely, you get what appears to be a normal individual, but made up of two different DNA types.2  I estimate human chimeras are born at approximately 1 in 50 live births, the same rate as for twins.

What is a chimera, anyway?

An ancient Greek plate, showing the original legendary chimera: a lion with a bonus goat head

What image does the word chimera bring up?  A lion with a goat coming out of its back?  The term chimera originated with the Greeks, describing a monster.   Using chimera to describe a human with two different types of DNA in the same body does not imply they are monsters.  Tetragametic chimerism sounds like you have cancer–human chimera just makes you sound cool. 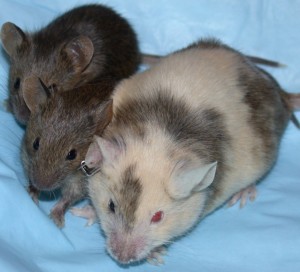 So how can you tell if you are a human chimera? 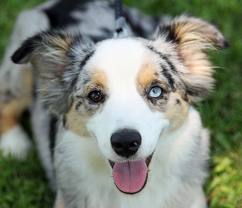 Tell-tale signs are two colors of hair on different parts of your body, two colors of skin on different places of your body, or two eyes each of a distinct color.  The phenomenon of two different colored eyes is called hererochromia iridum.  The definitive method to determine your status as a human-human chimera is to have tissue taken from several different areas of your body and tested to see if the DNA is all the same.  The expense and risk (anyone feel like having a piece of your liver removed?) generally is prohibitive, but given the rapidly lowering price of genetics testing, it may soon be within financial reach.

Or you may be completely unable to tell that parts of your body arose from two different zygotes.  You may only get the news if there is DNA testing of you and your children; or if you are trying to get an organ donation from relatives, to whom you are no longer a parent according to the DNA.  Yes, this really has happened.

Any twins in your family? 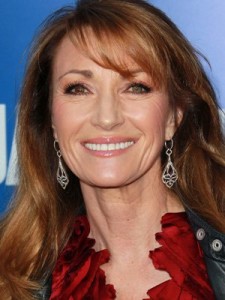 Given her two different colored eyes and twins running in her family, it is likely (I’ll give you 95% odds) that Jane Seymour is a human-human chimera.

Another way to determine the probability that you are a chimera is the prevalence of twins in your family.  My grandmother was the sibling of one set of twins and aunt to another.  When I brought up my mom’s chimerism at a family gathering, my aunt, wanted to know if she was a chimera.  Sure enough, her eyes are different shades of green/hazel.  So I would conclude that she is also a human-human chimera.

Let’s look at Jane Seymour.  She has two different color eyes, a sign of being a human chimera.  Her most recent children are twins.  Twins run in families.  So, as in my mom’s situation, it is likely that her mother had two eggs available for fertilization at the same time. The twin information along with her two different colored eyes leads to the conclusion that Jane Seymour is most likely a human-human chimera. 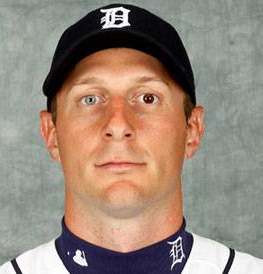 Mike Scherzer, a professional baseball pitcher for the Detroit Tigers, clearly has one light blue and one brown eye.

All the examples given so far are women who are chimeras–what about men?  Questions of paternity are nothing new.  But what if a man was pretty sure he was the father, but the DNA tests said no?  There are certainly ways of testing to show that the father of a child in question is related to the uncle degree.  But what if the father has no brothers?  I leave other scientist and lawyers to explore these questions.

So now my Mom can think of herself as her own twin.  Or she can make jokes about how this explains why she has the energy of two people.  Or if she wants to stump her doctor, she can say that she suffers from tetragametic chimerism,

2  The following paper offers a different hypothesis to explain the formation of chimeras.  Read at your own risk. “Traces of embryogenesis are the same in monozygotic and dizygotic twins: not compatible with double ovulation.”  Human Reproduction.  2009.

DeeAnn Visk, Ph.D., is a freelance science writer, editor, and blogger. Her passions include cell culture, molecular biology, genetics, and microscopy. DeeAnn lives in the San Diego, California area with her husband, two kids, and two spoiled hens. You are welcome to contact her at deeann.v@cox.net